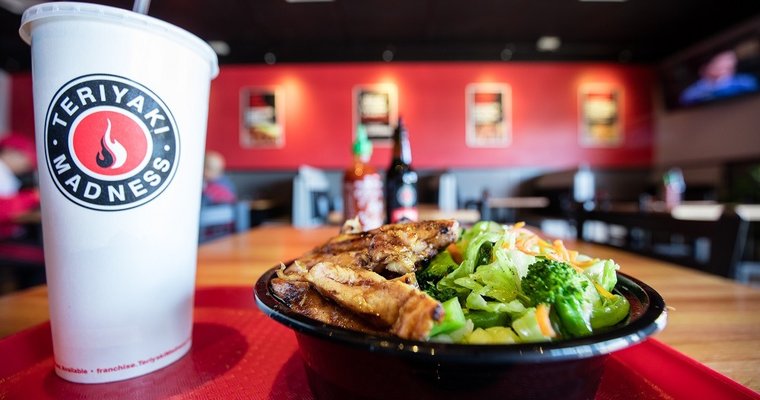 Provided
Sept. 30, 2022
Teriyaki Madness, a Seattle-style teriyaki franchise based in Colorado, has inked deals for 95 units this year. To ensure they are supported the brand has hired Ryann Frost as VP of real estate development.
“I was ready to join a company that was in the early stages of their growth trajectory again — I wanted to feel that hustle and energy,” Frost said in a press release.
Frost worked eight years as franchise development director for UBREAKIFIX, a nationwide cell phone repair concept. Over her tenure, she helped grow the brand from a few corporate locations to over 800 franchise units nationwide and even joined as a franchisee herself as a co-owner with her mother. “Of course, once I tried the food, I was sold. I knew I could stand behind something delicious and fresh that had all the makings of a great offering, and the team in place was amazing,” Frost said in the release.
Frost started in June to oversee the development of the brand across the country.
“My role is to assist franchisees in securing their real estate, whether that be site selection, lease negotiations, LOI or build out and construction,” she said. “We exist to help franchisees find the best location possible at the best price possible.”
As part of that strategy, Frost is helping facilitate partnerships with nationwide real estate providers, leveraging Teriyaki Madness’ buying power to establish valuable resources across the country.
Bialow Real Estate, for example, is a Boston-based real estate brokerage that Teriyaki Madness has signed on as its master brokerage partner.
“All of our franchisees will be working with them to help find locations,” Frost said. “Typically, we would hire a broker in any real estate transaction, but we want to make that variable of who represents us is more consistent. I had known Bialow from my time at UBREAKIFIX, and they are great partners who are very smart and ready to get their hands dirty. They have relationships across the country with landlords and tenants and represent several other QSR franchise brands, allowing us to share best practices and promote more synergy.”
Corey Bialow, CEO of Bialow Real Estate, said his team was excited to be representing Teriyaki Madness on its national expansion plans.
“We focus on representing ‘best in class’ retailers and restaurants throughout the country and Teriyaki Madness has become a true leader within the quick-casual sector,” he said in the release. “We were impressed from the onset with their corporate culture that encourages diversity, collaboration and a primary focus on the customer. Our companies share a similar set of values and we look forward to executing on their aggressive growth plans to provide the American consumer with a healthy food option as a value proposition.”
Overall, Frost said prospective franchisees are faced with two primary questions: “Should I sign on with Teriyaki Madness? And number two? Real estate. Where should I put my restaurants?”
“By having more experts on the team, working with tenants and landlords and giving us guidance on everything from process to deal terms, we can pass that on to franchisees and give them a broader perspective,” she said. “Essentially, it is all about offering more support for franchisees so they can make the right decisions around location.”
Teriyaki Madness, founded in 2003, has over 120 shops with franchising opportunities nationwide for qualified single and multi-unit candidates.
Subscribe now to the Restaurant Operator Daily, which brings you the top stories from Fast Casual, Pizza Marketplace, and QSR Web.


or register now
Forgot your password?
You may sign into this site using your login credentials
from any of these Networld Media Group sites: