On the long list of Arkansas luminaries, John H. Johnson (1918-2005) isn’t necessarily the first name to spring to most people’s minds, despite a long and distinguished career that changed the literal face of magazine publishing and advanced the cause for civil rights in the United States.
But thanks to the continuing efforts of the John H. Johnson Museum and Educational Center in Arkansas City, Johnson’s relative lack of name recognition could soon become a thing of the past. The museum includes a replica of Johnson’s childhood home and various artifacts documenting his long career in business and philanthropy.
The organization behind the museum, Friends of John H. Johnson Museum, also appealed to the Arkansas Legislature for a holiday in Johnson’s honor, which was formally declared in 2019. Through this Nov. 1 holiday and other outreach, the group seeks to bring about broader understanding and recognition of Johnson’s accomplishments.
“The effort to establish a John H. Johnson Museum was a partnership with the University of Arkansas at Pine Bluff, the City of Arkansas City and Desha County residents and officials that got underway in 1998,” says Angela Courtney, curator. “[Committee members] met with Mr. Johnson in Chicago to share their vision about having a museum established in his honor.
“That whole vision of what the John H. Johnson Museum could look like became a reality and it opened in May 2004. Mr. Johnson himself attended the grand opening. That was the start of the John H. Johnson legacy-building.”
Born in Arkansas City (Desha County), John H. Johnson founded Johnson Publishing Company in Chicago in 1942. From this company sprang landmark publications Negro Digest (1942, later renamed Black World), Ebony (1945) and Jet (1951), among other titles.
Of these, Ebony was the unquestioned star. Patterned after Life and Look magazines, it covered subject matter ranging from Black achievements and success stories to current events and the turbulent civil rights and race relations eras that were to come. Ebony was also a vanguard on other aspects of the culture front, such as featuring models of color in the magazine’s advertisements, part of its mission to address the Black consumer with a positive image of Black life. The formula proved incredibly successful; at its peak, Ebony boasted a circulation of 2.3 million.
Ebony led a long line of business successes for Johnson, including Fashion Fair Cosmetics, Supreme Beauty Products and the touring Ebony Fashion Fair fashion show. His publishing company would eventually launch a book division and branch into ownership of radio stations and a television production company, employing thousands.
MAN OF HONORS
In 1982, Johnson became the first Black person on the Forbes 400 list; five years later he was named Entrepreneur of the Year by Black Enterprise magazine. In 1996, he received the Presidential Medal of Freedom from a fellow Arkansan, President Bill Clinton.
While Jet’s popularity never equalled that of Ebony, it stands out in history for advancing the cause of the civil rights movement through its chronicle of an atrocity that still reverberates today. In 1955, Chicago teenager Emmett Till was visiting relatives in Mississippi when he was kidnapped after supposedly whistling at a white woman. Savagely beaten and shot, Till’s corpse was weighed down in a river by a heavy cotton gin fan and barbed wire for days before being discovered.
Despite eyewitness testimony to the abduction, none of the whites accused in the crime were convicted. Till’s mother, Mamie Till-Mobley, insisted on a public, open-casket funeral to shine a light on the racial violence being perpetrated in the South. In its Sept. 15, 1955, issue, Jet published pictures of the youth’s mutilated body, images that galvanized many on the issue of civil rights in the United States. Per the Civil Rights Heritage Museum, Rosa Parks said of her historic refusal to give up her seat to a white man that she thought of heading to the back of the bus as ordered, but the memory of Emmett Till, who’d died a little more than three months earlier, held her in place.
The Rev. Wheeler Parker Jr., Emmett Till’s cousin and the last living witness to his abduction, says the impact of Jet’s coverage of the event was incalculable. 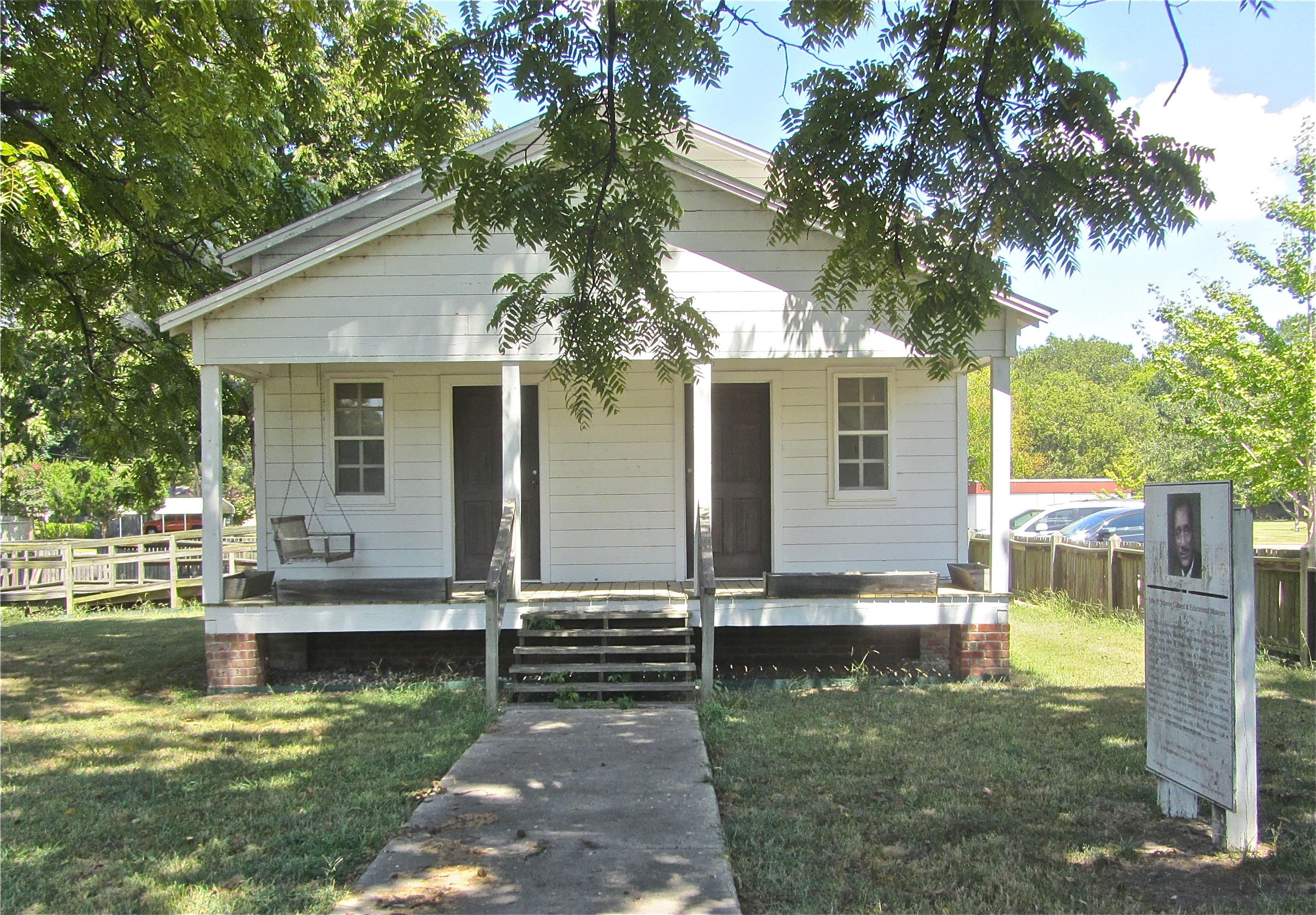 A replica of publisher John H. Johnson’s boyhood home in Arkansas City (Special to the Democrat-Gazette/Marcia Schnedler)  ‘THEY DID A GREAT JOB’
“I certainly appreciate Jet magazine,” says Parker, pastor of Argo Temple Church of God in Christ in Summit Argo, Ill. “We appreciate them keeping the story out there and having the courage and the fire and ability to do that. That’s what you want. We need to keep the story out there because if we forget it, we’re subject to repeat it again. They were the foundation and they did a great job.”
The festivities of John H. Johnson Day 2022 will focus in part on Jet’s 70th anniversary, themed “Small But Mighty: How Jet Magazine Chronicled Black History.” The Mississippi-born Parker is scheduled to be among those speaking at the free event. At 83 years of age, he advises the younger generation from the perspective of one who can see the progress that has been achieved as well as the work that remains to be done.
“One thing I’ve learned for sure, there is no quick fix,” he says. “[The] anti-lynching bill took 100 years, 200 tries, before we got it done. Don’t give up, be patient. Most young people have very little patience, but I have lived long enough to see the change. Some will tell me there is no change. I said, ‘You just don’t know. You didn’t live in the South like I did. We’ve come a long way.’
“We’ve got a long way to go. But another thing I’ve found out through life and studying change is that for Black people, we’ve made progress at every turn.”
FASHION FAIR TRIBUTE
Also part of the daylong celebration is a fashion show, Salute to Ebony Fashion Fair, featuring Arkansas celebrities and notable Black citizens. And additional ceremonies are planned that point to an even more ambitious agenda for the future of the museum and its namesake. This includes the unveiling of the forthcoming John H. Johnson State Park and a future welcome center. Courtney says the park is expected to open late next year, while the welcome center is slated to launch a three-year capital campaign in January.
“We are partnering with Arkansas State Parks and with funding from the Walton Family Foundation, we will have in Arkansas City a state park that consists of story boards, digital interactive boards and interpretive kiosks,” she says. “That will be a great experience for field trips to learn and connect with Mr. Johnson’s story and the Johnson Publishing Company’s story.
“The John H. Johnson Welcome Center will house exhibits that students, historians and educators can explore and utilize. We will also have lectures, summer camps, workshops and films there. We plan for the welcome center to be all-encompassing of the legacy that we are building for Mr. Johnson.”
For more information on the slate of speakers and activities for the 2022 John H. Johnson Day celebration, or to make a donation, visit johnhjohnsonmuseum.org.
Copyright © 2022, Northwest Arkansas Newspapers LLC. (NWA Media)
All rights reserved.
This document may not be reprinted without the express written permission of Northwest Arkansas Newspapers LLC. Please read our Terms of Use or contact us.
Material from the Associated Press is Copyright © 2022, Associated Press and may not be published, broadcast, rewritten, or redistributed. Associated Press text, photo, graphic, audio and/or video material shall not be published, broadcast, rewritten for broadcast or publication or redistributed directly or indirectly in any medium. Neither these AP materials nor any portion thereof may be stored in a computer except for personal and noncommercial use. The AP will not be held liable for any delays, inaccuracies, errors or omissions therefrom or in the transmission or delivery of all or any part thereof or for any damages arising from any of the foregoing. All rights reserved.