Spurred on by Monty Munford’s highlighting of how all may not be well in Portugal in episode 4 of the Drive at Five, I took a look into what’s going on and how a laborious legal system and one Judge, in particular, might be making investors and the trickle down system they feed, a bit uneasy.
For quite a few years now Portugal has bent over backward to welcome the world to its doorstep. From UK residents who sorely miss their EU status to the crypto community enjoying tax-free status to the once Dublin Web Summit ditching the DUB for the LIS, the throngs, and crucially, their money, have steadily been beating feet to Lisboa and beyond.
However, bubbling just beneath the surface, and perhaps unknown to the new locals, it would appear that the relatively new and modern Portugal that we’ve all been charmed by (the dictatorship installed by António de Oliveira Salazar in 1933 was brought to an end on April 25, 1974, via a left-wing coup) is undergoing a power struggle, the least of which involves a legal system that’s so complex it would appear to be ready to crumble under its own weight and a media hungry magistrate at Portugal’s Central Criminal Investigation Court.
“Here’s to the crazy ones. The misfits. The rebels. The troublemakers. The round pegs in the square holes. The ones who see things differently. They’re not fond of rules. And they have no respect for the status quo. You can quote them, disagree with them, glorify or vilify them. About the only thing you can’t do is ignore them. Because they change things. They push the human race forward. And while some may see them as the crazy ones, we see genius. Because the people who are crazy enough to think they can change the world, are the ones who do.” – Rob Siltanen
Now as much as we’ve been groomed by these iconic words over the past 25 years, save for the rarified few, “… the crazy ones. The misfits. The rebels. The troublemakers.” and money and profit rarely go together.
So with all the promises of prosperity in Portugal, and the masses en route (a Golden Visa only costs €280,000 and in five years you too can become a Portuguese citizen, only having to “reside” in the country seven days per year), why is it that according to Lisbon’s Institute of Social Sciences, “on average, people surveyed thought more than two-thirds of politicians and 51 percent of business executives were corrupt.”?
While the answer to this question will certainly be varied for each individual surveyed, the overarching theme appears to be an alleged relationship between Portugal’s Exective Branch and the Judicial system, with a great deal of posturing coming from the latter, particularly one Judge, Carlos Manuel Lopes Alexandre.
Judge Alexandre is a magistrate at Portugal’s Central Criminal Investigation Court (TCIC), a specialised Portuguese Court, located in Lisbon, which focuses on the criminal investigation of cases of serious or highly organised criminal activity, i.e. large-scale economic or financial crimes. 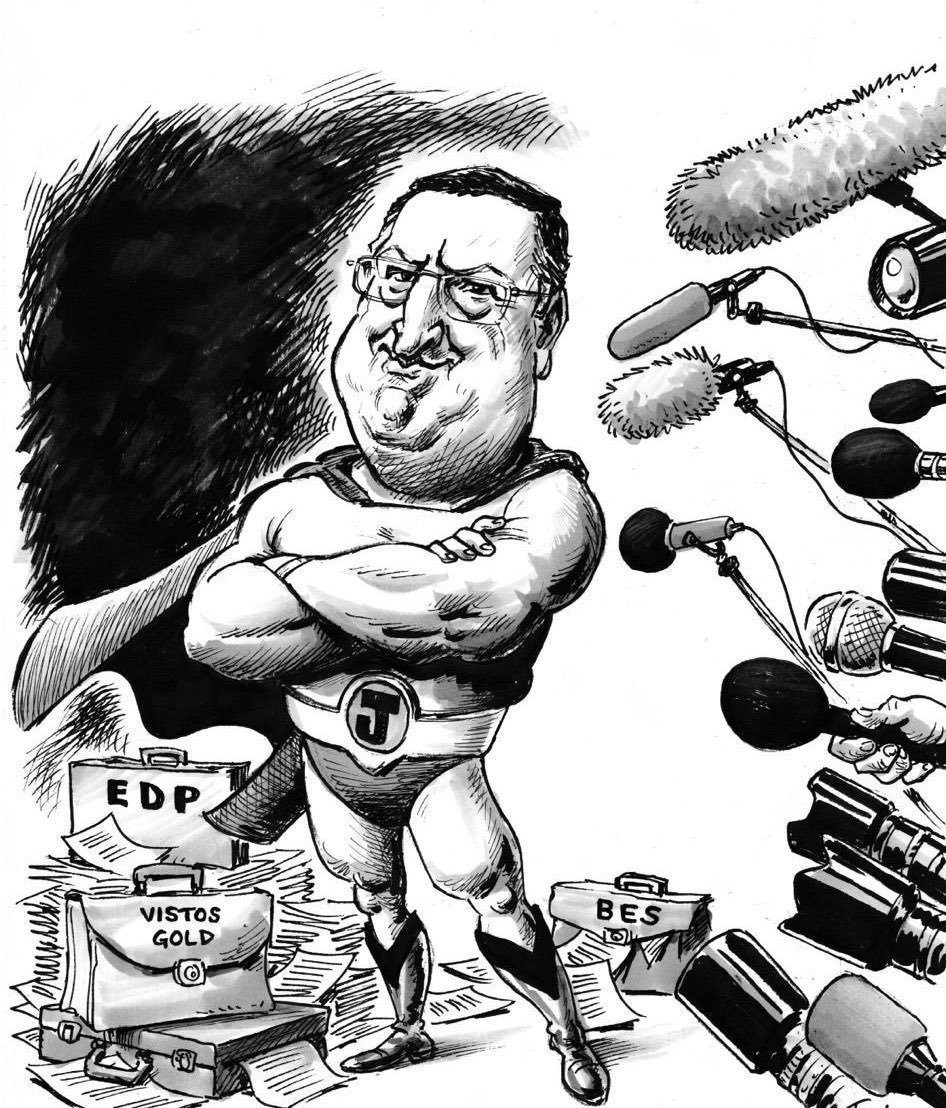 Up until the 4th of January of this year, for a period of 10 years, Alexandre and only one other Judge, Ivo Rosa, delivered verdicts in cases held in this court. Since merging with the Lisbon Criminal Investigation Court, seven new Judges have been added to the overworked TCIC court, giving rise to Alexandre’s media grab.
Alexandre has been described as a serious and intelligent judge with integrity by some, he’s also been criticised for having a  ‘Robin Hood complex’ and ‘behaviour that suits a prosecutor, not an investigating judge,’ according to lawyer João Medeiros.
While his intentions may be good, looking at Alexandre’s track record shows that he has a tendency to get a bit over-involved in an investigation, particularly in assisting the public prosecutor, at a stage when most, if not all, Judges need to retain their neutrality, often signing off on accusations made by the prosecutor and using the media as a tool to pass judgment in the public eye before a case has even seen a courtroom. Such actions have led to questions over the separation of powers under Alexandre.
As one of the very few judges known to give personal interviews to television outlets, lawyer Daniel Proença de Carvalho, a former representative of Banco Espírito Santo’s Ricardo Salgado, has called him the ‘super judge of the tabloids’.
Whether Portuguese residents consciously or subconsciously know it or want to admit it, the country’s Operation Marquês, an enormous legal case, “that incorporated convoluted financial scandals like BES/ GES and PT Telecom” and involved former Prime Minister Jose Socrates, who was accused of 31 crimes in 2017, shook the country to its core is an omnipresent factor in this opinion that “more two-thirds of politicians and 51 per cent of business executives were corrupt” .
The presiding Judge for the majority of Operation Marquês? You guessed it, Carlos Manuel Lopes Alexandre. Upon passing the case to fellow Judge Ivo Rosa, Socrates was acquitted of 25 of the 31 crimes.
However, Rosa has since been subject to disciplinary proceedings for possible illegitimate interference in the judicial activity of Carlos Alexandre. Alexandre was originally accused of abuse of power in his management of the case, as it was alleged that his selection as judge of the case had not gone through the standard randomisation of judge process. Rosa was acquitted of these charges in May 2022. The office of the public prosecutor supported Alexandre in this case.
And while the former chairman of the Banco Espirito Santo (BES), Ricardo Salgado, was sentenced to six years in prison, as noted by Mr. Munford, Alexandre hasn’t ceased to extend his Robin Hood case, now continuing a crusade against entrepreneur and owner of the football club Sporting Lisbon, Álvaro Sobrinho. Sobrinho, former president of BES Angola’s executive commission (yes, the Angolan branch of BES) has been accused of walking off with a “missing” €500 million, charges that Sobrinho’s lawyer Artur Marques successfully argued that there was no proof of crimes committed.
However … as of just a few months ago, after an 11-year representation, one that saw Marques winning appeal after appeal Sohrinho has cut ties with his now former legal representation, all stemming from a disagreement involving Sobrinho’s request to additional notes be added to texts already written by Marques.
Speaking on condition of anonymity one individual involved in the matter told me, “Sobrinho represents the internal tension Portugal faces – the scramble for global investment in new areas, including tech, versus a protective old boys club that still largely controls the media and the justice system from their Cascais mansions.”
If all of this is enough to make your head spin, you’re not alone. For all that warm weather and delicious food, signing my name on the dotted line and putting my hard-earned cash into a legal and political system as such would give me cause for concern.
“Lisbon earned its tag as the best tech and crypto-friendly place in Europe, but it won’t stay that way unless the creaky, slow and outdated infrastructure underneath it changes to keep up. The tech community moves fast and won’t hang around if things don’t improve,” commented  Lisbon-based Ephraim Austin, Production Editor at P2E Analytics.
Double down on the fact that one of Portugal’s biggest draws to date, the tax-exempt status on crypto earnings is now coming to a close, it would appear that the sunny days of Lisbon and its tantilising tones to investors’ ears might be setting in tandem.
Would you like to write the first comment?

T60 To Be Built by Baglietto – Yacht Harbour

T60 To Be Built by Baglietto – Yacht Harbour

Fandom acquires TV Guide, others from Red Ventures – The Desk

Fandom acquires TV Guide, others from Red Ventures – The Desk