THE WOLF STREET REPORT
Imploded Stocks
Brick & Mortar
California Daydreamin’
Canada
Cars & Trucks
Commercial Property
Companies & Markets
Consumers
Credit Bubble
Energy
Europe’s Dilemmas
Federal Reserve
Housing Bubble 2
Inflation & Devaluation
Jobs
Trade
Transportation
A date for history: Today, September 15, the Fed stopped buying mortgage-backed securities altogether. It had been tapering its purchases since late last year. Since June, when the phase-in of QT started, it still purchased MBS to replace some of the pass-through principal payments from mortgage payoffs and mortgage payments that reduced the balance of its MBS faster than the cap of $17.5 billion. The idea was to keep the run-off of MBS within the cap of $17.5 billion in June, July, and August. But this circus is finally over.
On today’s release of scheduled purchases by the New York Fed, there were zero MBS purchases scheduled: 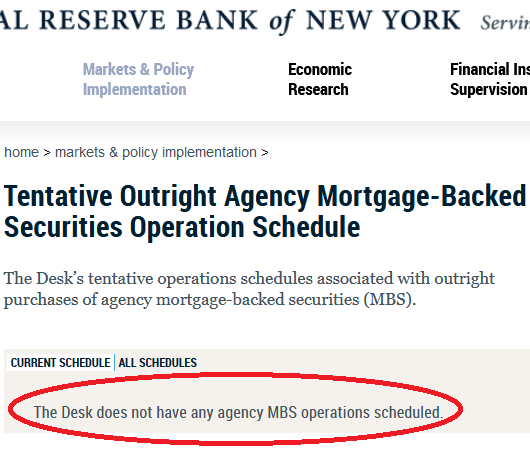 Yesterday, September 14, the Fed conducted its final purchase of MBS. The Fed bought $387 million in MBS in the To Be Announced (TBA) market, which is a minuscule amount by the Fed’s standards. It went out with a whimper, so to speak.
This is a screenshot of the trade that the New York Fed posted on its website. I underlined the operation date (Sep 14) and the settlement date (Oct 20): 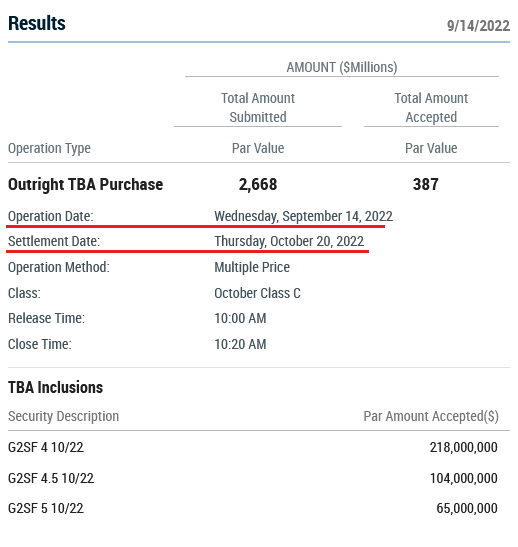 Trades in the TBA market settle after one to three months. As you can see in the image of the trade info above, this particular trade will settle on October 20.
The Fed books these trades when they settle. So, it will book this trade on October 20, which is a Thursday. Its weekly balance sheets are always as of Wednesday evening, and are published on Thursday. This trade will show up on the next balance sheet after October 20, which is the balance sheet to be released on October 27.
So halleluiah, the balance sheet on October 27 will show the final purchases of MBS. And then it’s over.
The MBS that were purchased over the past two months will still trickle into the weekly balance sheet until October 27.
This includes a batch of MBS trades that the Fed conducted on July 25 and that settled on September 14, and that showed up on today’s balance sheet. Here is one of the trades that settled yesterday and was included today: 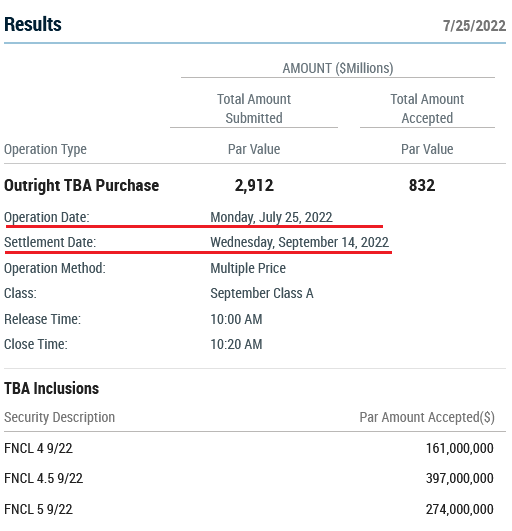 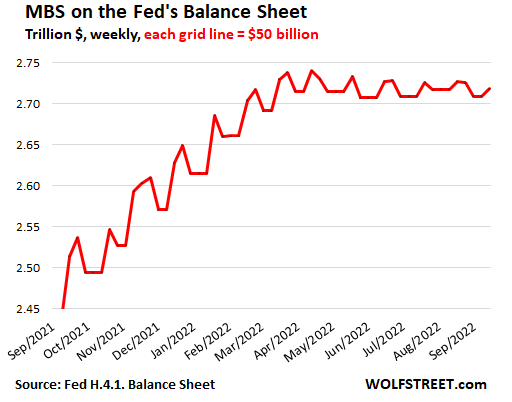 During the last episode of QT, the Fed shed MBS from November 2017 through February 2020. The chart below shows this phase of the MBS reduction. During the phase-in, it took about three months before the first declines became recognizable. QT back then was much slower, and the phase in was much longer, than in the current era of QT.
Note how the upticks essentially vanished as the Fed bought fewer or no MBS to maintain the cap of the runoff, and the line smoothened out on the way down: 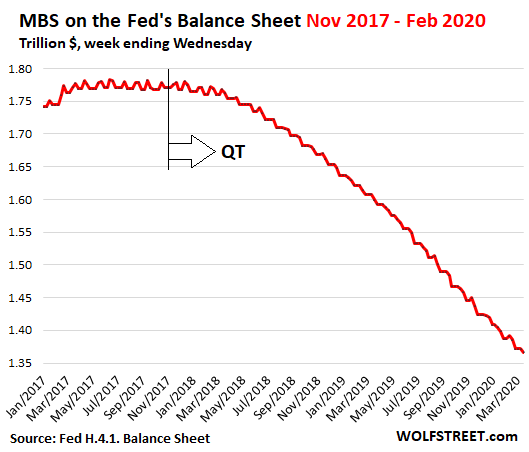 Going forward, after October 27, 2022, after the last MBS purchases have shown up, the upticks will disappear, and the line will smoothen as it heads down. But this time, the decline will be steeper and faster.
The Fed has said many times over the years that it wants to get rid of its MBS entirely, and that it wants only Treasury securities as assets. So if everything goes according to plan, the MBS balances will go to zero. And this might require that the Fed starts selling MBS outright later in the process to supplement the pass-through principal payments. The Fed has already put this option on the table.
The entire episode of MBS on the Fed’s balance sheet started in late 2008, when the Fed for the first time started buying MBS as part of QE-1. By the peak in April, 2022, the Fed had $2.74 trillion in MBS on its balance sheet.
The purpose of MBS purchases was to repress mortgage rates and inflate home prices. That process has already started to reverse. 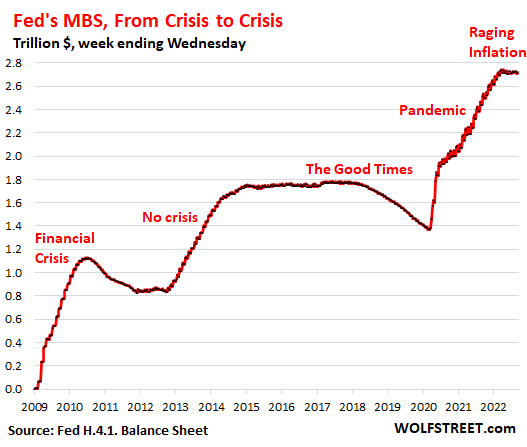 Enjoy reading WOLF STREET and want to support it? Using ad blockers – I totally get why – but want to support the site? You can donate. I appreciate it immensely. Click on the beer and iced-tea mug to find out how:

Is EDP – Energias do Brasil (BVMF:ENBR3) Using Too Much Debt? – Simply Wall St

Is EDP – Energias do Brasil (BVMF:ENBR3) Using Too Much Debt? – Simply Wall St

Should You Help Out Your Adult Kids Financially? – Kiplinger's Personal Finance

Should You Help Out Your Adult Kids Financially? – Kiplinger's Personal Finance