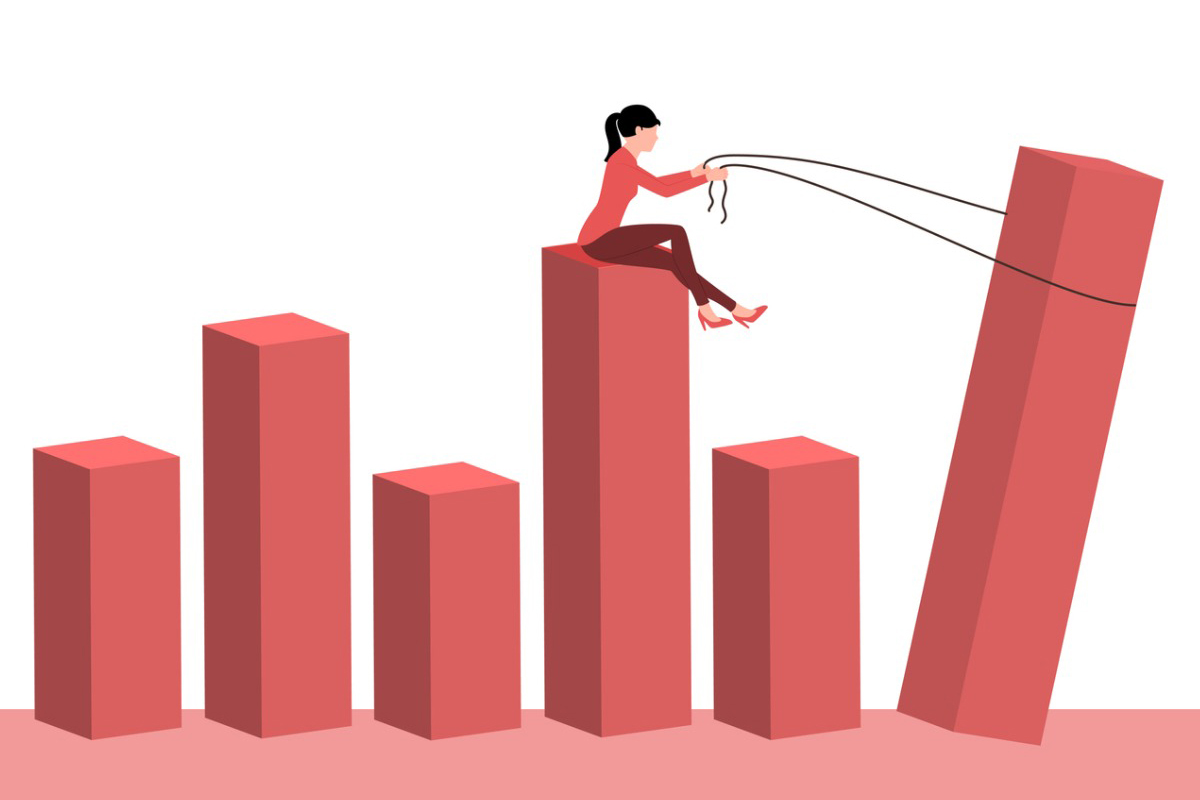 Women’s financial health is currently at its lowest point in at least five years, according to a new report by Ellevest. The firm has introduced a new framework, the Women’s Financial Health Index, to track women’s financial health and monitor the influences of where they are going financially and the actions they are taking to improve their financial health.
“The world is better off when women have more money,” the report says, noting that closing the gender wealth gap could add $28 trillion to global gross domestic product levels. But the financial landscape for women remains uneven, with recent economic trends threatening to erase decades of progress.
Women face challenges in achieving savings security, which has lifelong consequences for their financial well-being, including in retirement, the study says. Women retire with about two-thirds of the money relative to men and are 80% more likely to be impoverished in retirement.
Additionally, women hold nearly two-thirds of student debt across all education levels, owing about 16% more than men at graduation. More women have to take out loans, with balances 14% higher than men at graduation, the report says. Women also experience obstacles to full participation in the labor force. They are more likely to see wages drop following childbirth, and women-owned business have taken twice as long to recover from the pandemic.
While most reports that focus on women’s financial health are sporadic or one-time snapshots published by government agencies, Ellevest says the goal of its index is to take steps to address the “lack of robust, ongoing and timely measurement of women’s financial well-being.”
The results of the index were calculated monthly from May 2018 through this July, using 12 indicators including women’s employment rate, student debt, the consumer confidence index, inflation, the gender pay gap, paid family leave, abortion access, corporate leadership and venture capital funding for women. A higher score indicates conditions associated with better financial health for women, while a lower score points to poorer financial health.
The study found that the average value of the index over the time period was 6.8. The last five years consisted of generally positive scores, driven by confidence, high employment rates, improvements in gender diversity at the CEO level and in Congress, and increases in savings and impact investing.
However, during two periods—April 2020 and January 2022—the financial health of women dropped dramatically. With shutdowns stemming from the COVID-19 pandemic, financial health hit a low, dropping quickly between January 2020 and April 2020, the study says. Women are currently facing another downturn, caused by restricted access to reproductive health care in the wake of the Supreme Court’s decision overturning Roe v. Wade, lower consumer confidence and inflation. The July 2022 index score of 1 is the lowest in five years—down from 7.5 in May 2021—suggesting women’s financial health is worse than it has been at any point in the last five years.
A report from Ellevest, “The State of Women’s Financial Wellness in 2022,” which includes data from the index, found that stress about money is dominating women’s lives. Fifty-nine percent of women stress about money more than once a week, and 43% actively worry about money at least once a day. In both instances, women are out-worrying men (55% and 36%, respectively).
Older women (Generation X and Baby Boomers) are more likely to be worried about inflation (91%), a possible recession (81%) and having to cut back on spending (76%), the study says. Younger women (Millennials and Generation Z) are more likely to be worried about reproductive rights (63%), job security (62%), representation in government (54%), housing prices (51%) and childcare costs (42%).
Climate change is also a top financial concern for 62% of women. Its impacts will disproportionally affect the world’s more vulnerable populations, including women and girls, the study says. More women ranked it as a top financial concern than they did retirement planning (51%), credit card debt (46%), the stock market (38%) and childcare costs (30%).
In 2021, women ranked financial wellness (14%) as the least important form of wellness, less important than physical, emotional and spiritual wellness, the study says. This year, women were three times (42%) as likely to see financial wellness as critical.
Only 36% of women are currently investing, while 63% of men are, the study says. The top priority for men is their retirement, while women are more focused on their family. Only 31% of women have met with a financial adviser before, compared with 59% of men.
Despite the economic uncertainties, 75% of women who invest for retirement have not paused their contributions, and 63% have cut back on daily spending, the report says. Only 38% of women reported feeling concerned about market volatility, compared with 58% of men—which may explain why women did not change their investing habits, the study adds.
This research was conducted by Censuswide on behalf of Ellevest between August 5 and August 15 among more than 2,000 adults over age 18 in the U.S.
« What Is the DOL’s Plan If the Government Shuts Down?

What's the Most Profitable Business to Start in 2022? – Foundr

What's the Most Profitable Business to Start in 2022? – Foundr

Women's Entrepreneurship Day: 4 lady bosses from Indian startups on how to slay the challenges and what’s – Economic Times

Women's Entrepreneurship Day: 4 lady bosses from Indian startups on how to slay the challenges and what’s – Economic Times