For a brief period of time, the Indian billionaire industrialist Gautam Adani’s wealth rankings rose rapidly this year and he even surpassed Bernard Arnault and Jeff Bezos to become the world’s second-richest person for a brief period of time.
Speaking purely in terms of wealth creation, Adani tops the list of top 10 gainers, drawing the combined wealth created by his next nine competitors on the Forbes Real-time billionaires list.
His wealth gain in 2022 has been so massive that the next 9 business tycoons would have to join hands in order to combat their competitor.
According to Bloomberg data, the Indian tycoon’s wealth increased by $72 billion as it surpassed the $150 billion threshold on Friday.
Swiss-Fintech mogul Guillaume Pousaz and French logistics leader Rodolphe Saade and family have added $11.7 billion and $12.4 billion respectively in the current calendar. The brother duo of Alain Wertheimer and Gerard Wertheimer, owner of the French luxury products maker Chanel, have added $8.9 billion each, followed by US Gasoline Mogul Harold Hamm with $8 billion during the year.
Ken Griffin, a US-based hedge fund manager, saw an increase in wealth of $7.7 billion, while Gianluigi Aponte, a Swiss resident, saw an increase in wealth of $7.2 billion.
Other names on the list of top ten wealth gainers included US-Jeffery Hildebrand ($5.9 billion) and Israeli businessman Idan Ofer ($4.6 billion).
The combined wealth of these nine wealth makers is slightly more than $75 billion, which is slightly higher than the tycoon’s $72.5 billion wealth addition. 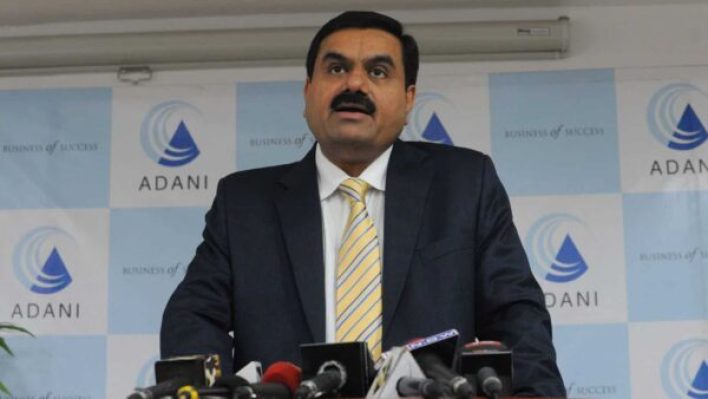 Apart from Gautam Adani, Mukesh Ambani, Chairman of Reliance Industries, is the only one who has increased his wealth on a year-to-date basis.  The other eight billionaires have lost somewhere around $6 million to $42 billion.
The Adani group has seven companies listed on the Bombay Stock Exchange (BSE) with a combined market capitalisation of over Rs. 21 lakh crore, accounting for more than 7.5 percent of the total market capitalisation of all listed BSE companies.
The market capitalisation of the group’s firms has more than doubled, to around Rs 10.5 lakh crore, compared to a year ago.
Of the seven listed companies, five delivered multibagger returns, making their debut in February 2022 at the bourses by rising 213 percent.
Adani Transmission rose up to 137 percent, Adani Power up to 299 percent, Adani Total Gas up to 110 percent, and Adani Enterprises up to 119 percent are other multibagger stocks from the Adani group. Adani Green Energy and Adani Port & SEZ are up by 76 percent and 33 percent, respectively, on a year to-date basis.
The Adani-led conglomerate has recently been on a shopping spree, pursuing a slew of mergers and acquisitions of both public and private companies in industries as diverse as real estate, media, cement, ports, and sports.
The group is also said to be investing in New Delhi, DB Realty, Quintillion Media, Television, and Sadbhav Infra, among other companies.
Gautam Adani is the founder of India’s largest port operator. The Ahmedabad-based infrastructure firm is also the country’s largest closely held thermal coal producer and trader. Adani Enterprises, the group’s publicly traded trading house, reported $5.3 billion in revenue for the fiscal year ending March 31, 2021.
The 60-year old dropped out of college in the early 1980s to try his luck in Mumbai’s diamond industry before moving on to coal and ports. Since then, his conglomerate has expanded into everything from airports to data centres, cement, media, and green energy, focusing on areas that Prime Minister Narendra Modi believes are critical to India’s long-term economic goals.
Lorem ipsum dolor sit amet, consectetur.
Your email address will not be published. Required fields are marked *

Marshall Brain's Doomsday: What would space aliens do with planet earth? – WRAL TechWire

Marshall Brain's Doomsday: What would space aliens do with planet earth? – WRAL TechWire