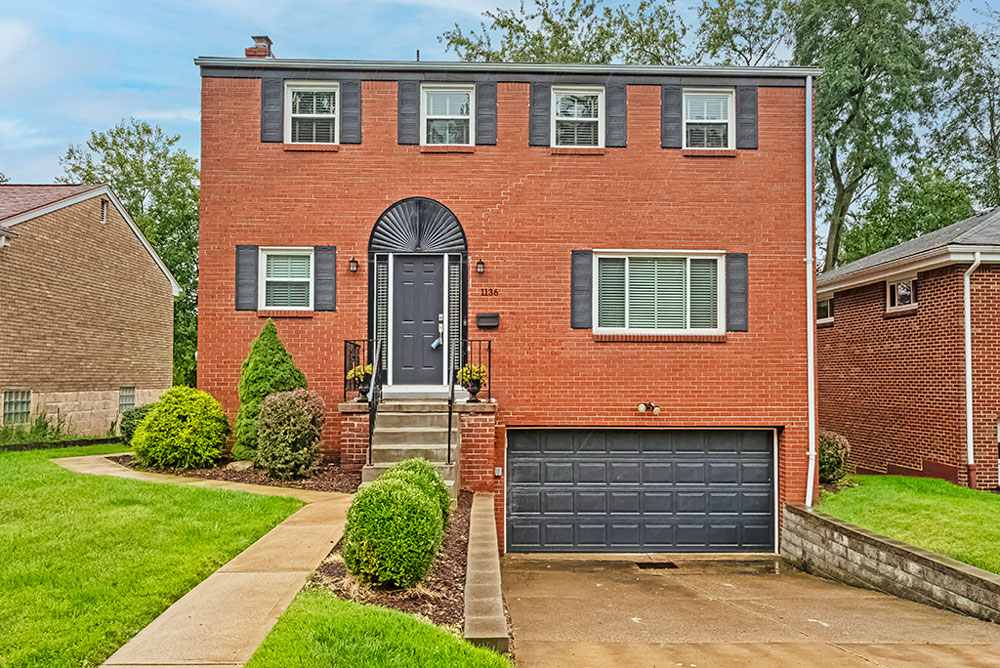 Jamy and Robert Rankin loved living in Stanton Heights so much that when a larger house, located near Jamy’s mom, came on the market in the same neighborhood, they jumped on it right away.
“The previous owner just bought to flip it,” Jamy says about their new home. “He put in new windows, heating, cooling and a new kitchen.”
Along with their kids, the couple have lived at 1136 Brintell St., a four-bedroom, two full-bathroom and two half-bathroom home, since 2014.
Now that the kids are out of the house, the couple has decided to downsize. 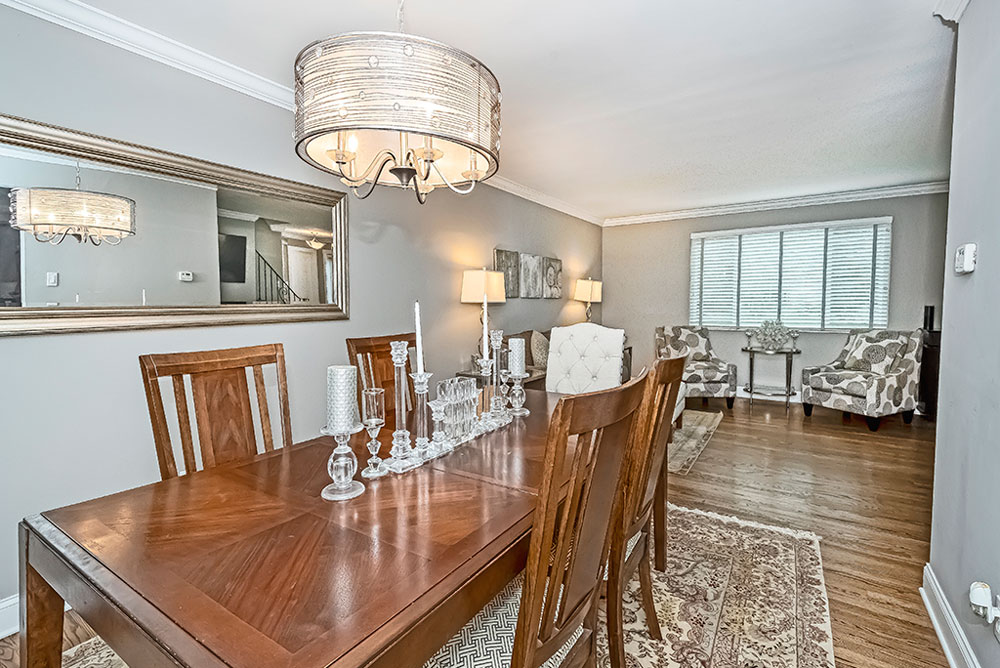 They’ve listed their home for $399,900 (MLS #1574281, Lori Hummel, Howard Hanna Real Estate, 412-287-1739, howardhanna.com). It is open by appointment.
Originally built in 1955, the impeccably maintained, red brick home offers more than 2,000 square feet of living space.
The Rankins also updated and renovated the house, including the recent outdoor addition of a new walkway and steps.
The exterior boasts shiny black shutters and a front door with a fan detail and sidelights. A two-car, integral garage and long driveway make parking easy, while the landscaping is well groomed and easy to maintain. 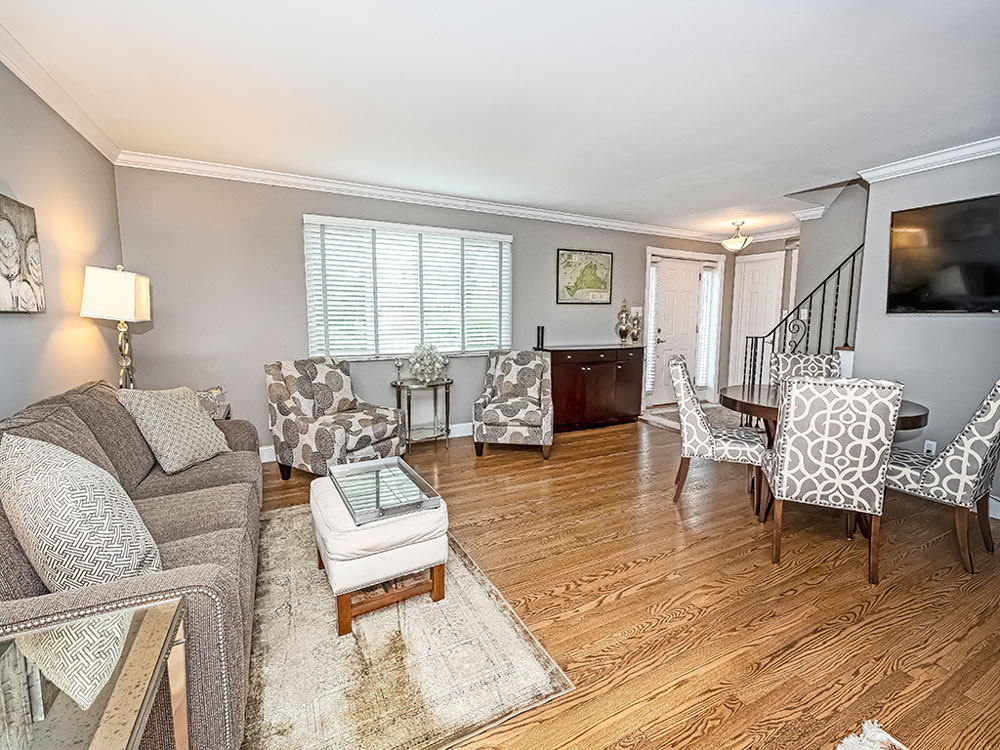 Inside, the foyer’s marble floor is a jumping off point for the home’s design scheme. The couple painted the walls a warm, neutral gray, accented by crisp white trim and doors. Lending more formality to the space is crown molding and new interior doors. The couple also had the solid oak floors refinished, making them like new.
To the right, the large living room features a conversational seating area. It opens to the formal dining room, which easily holds a table for eight. Above, Jamy’s favorite light fixture casts a warm glow.
“All of the light fixtures are new,” she says. “There was all builder [grade] lighting in here when we bought the house.” 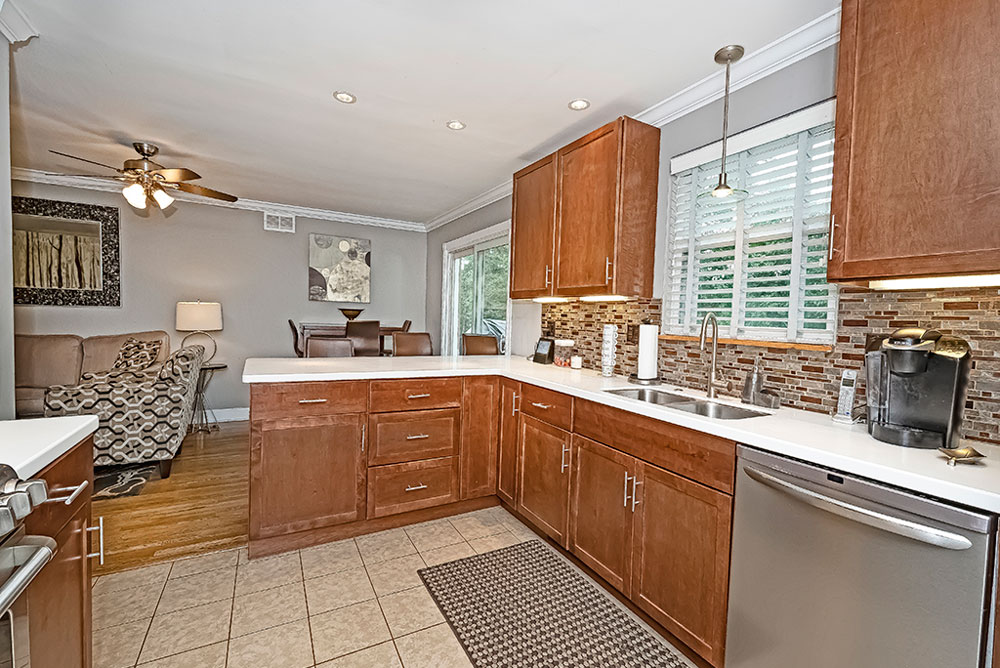 In the kitchen are shaker-style, natural wood cabinets, upgraded stainless-steel appliances (including a six-burner gas range and French-door refrigerator) and a glass tile backsplash the couple installed “to give it more pop.”
The L-shaped peninsula seats three and includes plenty of storage space.  It opens to a large family room that spans the length of the home and hosts a high-top table for casual dining. A sliding glass door leads to a back deck — where there’s plenty of room for entertaining — and the versatile rear yard.
“We have a large concrete slab,” Jamy says. “ It is a nice place to play basketball.” 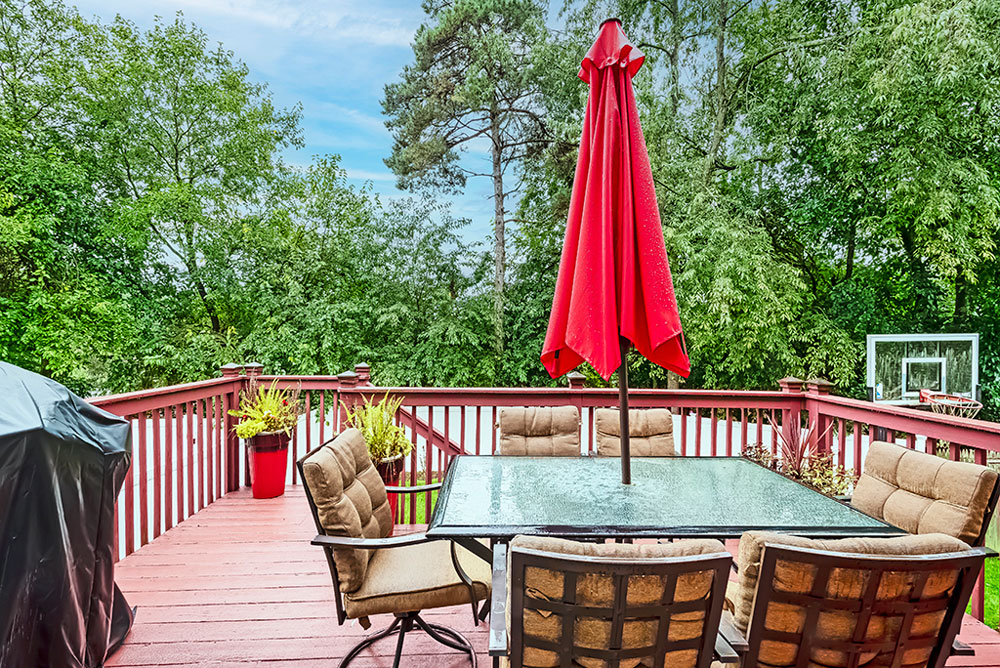 The hot tub will go with the couple once the house is sold; The yard also includes a white vinyl fence and neat landscaping.
“There is a lot of privacy,” Jamy says. “We have lights in the back and the sides. They are all on a timer.”
On the first floor, a  new powder room designed by the couple features a white glass vessel sink and vanity, a glass tile wall and a new commode.
“We gutted it and put in a new marble floor to match the marble in the foyer,” Jamy says. 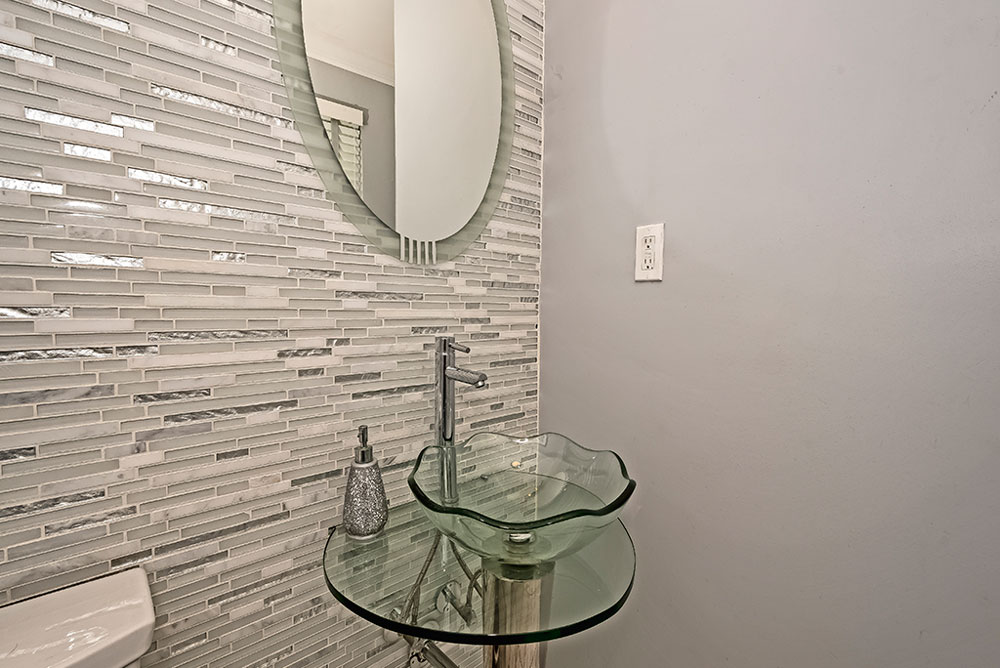 Upstairs, the four bedrooms include a 12-by-16-square-foot primary bedroom with hardwood floors and soft gray walls. There’s also an ensuite bathroom and generous closet space.
Serviced by a full bathroom in the hallway, the other three bathrooms measure from 8-by-10- to 11-by-13-square feet.
The lower level includes a finished 15-by-14-square foot game room with a carpet and a suspended ceiling. The airtight space houses an upright piano. 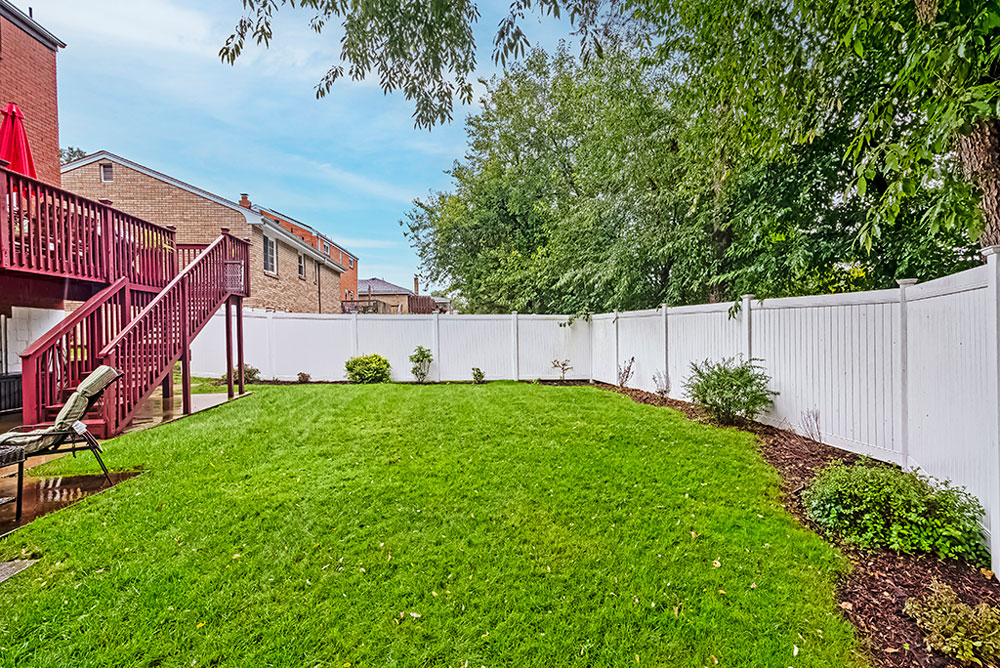 All of the home’s windows have been outfitted with custom slatted blinds with fabric tape detail; the couple also installed a new air-conditioning compressor last year.
“We have a really nice air-conditioning system for the size of this house,” Jamy says. “We had to buy a little larger than was needed because of supply shortages.”
The couple adds the community feel of Stanton Heights is one of their favorite things about the neighborhood.
“Everyone watches out for each other. It is so safe here,” Jamy says. “Neighbors on the street help each other. There are block parties and we are seeing a lot of younger families moving in with strollers.”
Hot Property, an inside look into unique and historic homes on the market. Each week, Hot Property goes behind the For Sale sign to share the story of a special Pittsburgh-area home. And four times a year, Hot Property gives an in-depth look at the region’s real estate market in Pittsburgh Magazine HOME, tracking housing prices and sales and detailing where the hot properties can be found. Rosa can be reached at onecordovaroad@gmail.com.
About: Stanton Heights
Population: 4,601
Planes, Trains & Automobiles: A 32-minute commute to the airport. Daily transport via Pittsburgh Regional Transit, street parking..
Schools:  City of Pittsburgh (pghschools.org)
Neighborhood: Until the mid 1950s, the majority of Stanton Heights housed the largest privately owned golf course in Pittsburgh. The remainder was farmland named for Edwin Stanton, the national secretary of war under Abraham Lincoln during the Civil War. When the land was developed, it was given a suburban feel thanks to circular street patterns and no commercial business district. Located near Lawrenceville, East Liberty and Shadyside, the neighborhood boasts several homes designed by students of architect Frank Lloyd Wright; There are also several classic stone Tudor-style homes.
© 2022 Pittsburgh Magazine.